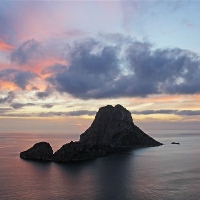 Progress in science and the improvement of living conditions have led to the rapid growth of the world population. Modern medicine, for example, has made it possible for babies to grow up healthily and for people to live longer. With improved living conditions, particularly in the countryside, people tend to have larger families. As a result, the world population has increased so rapidly that it has now exceeded 6 billion.

But the overgrowth of population presents a threat to the existence of human society. A large population demands a GREat deal of food supply and shelter space. However, limited productivity and scarce world resources can hardly meet the needs of the ever-increasing population. Thus, in the long run, the overgrowth of the world population will only harm mankind.

To guarantee the steady development of human society, mankind must realize the consequences resulting from fast population growth and carry out a family planning programme. Only by adopting effective measures, can human society develop steadily and have a bright future.